The laundry list of enhancements and features is very long, but 2 are especially important to me right now:

Now, if you read what I write every once in a while, you'll know that I'm a big fan of anything that automates and facilitates manual tasks. I'm a developer after all.

Back on the old blog, I used to rave about the superior procedural texture system in blender that mostly allowed me to get free of images and UV maps. Granted, I'm no artist, and I tend towards mechanical/naturalistic scenes where procedural textures can be used. It's just so great to set a few parameters and see a decent result without having to spend hours in a pixel editor. Plus, it works at any resolution. So, there's that.

Back when Blender got its revamp and started getting some attention again, the white whale on the forums and various conversations was "when will we be able to node all the things?". It's is a very hard problem to solve, and the blender community has been at it like maniacs.

And... geometry nodes are finally here. I can finally replace most of my particle systems with a nice, clean, geometry node.

On a lark, I decided to retake my huge island project, a re-imagining of the Island of Myst that used to take 5h/frame to render, because of the millions of leaves, blades of grass, and rocks that the particle system generated. It was very hard to work with because the RAM usage would explode and renders would fail sometimes. Without culling and boolean operations dealing with the field of view, the scene used in the vicinity of 24G, making it all but impossible to render on a GPU that I can afford.

After a little experimenting to get my feet wet, I managed to visually get roughly the same result on less than 2.2G of RAM. That freed me to add... more geometry and more complexity 🤓

And because of the M1 architecture, the ceiling of VRAM usage is very high anyways, so I let it rip and got even more geometry in.

There is somewhere between 2 and two and a half billion polygons that I know of. Probably more.

Here is the original I based my scene on: 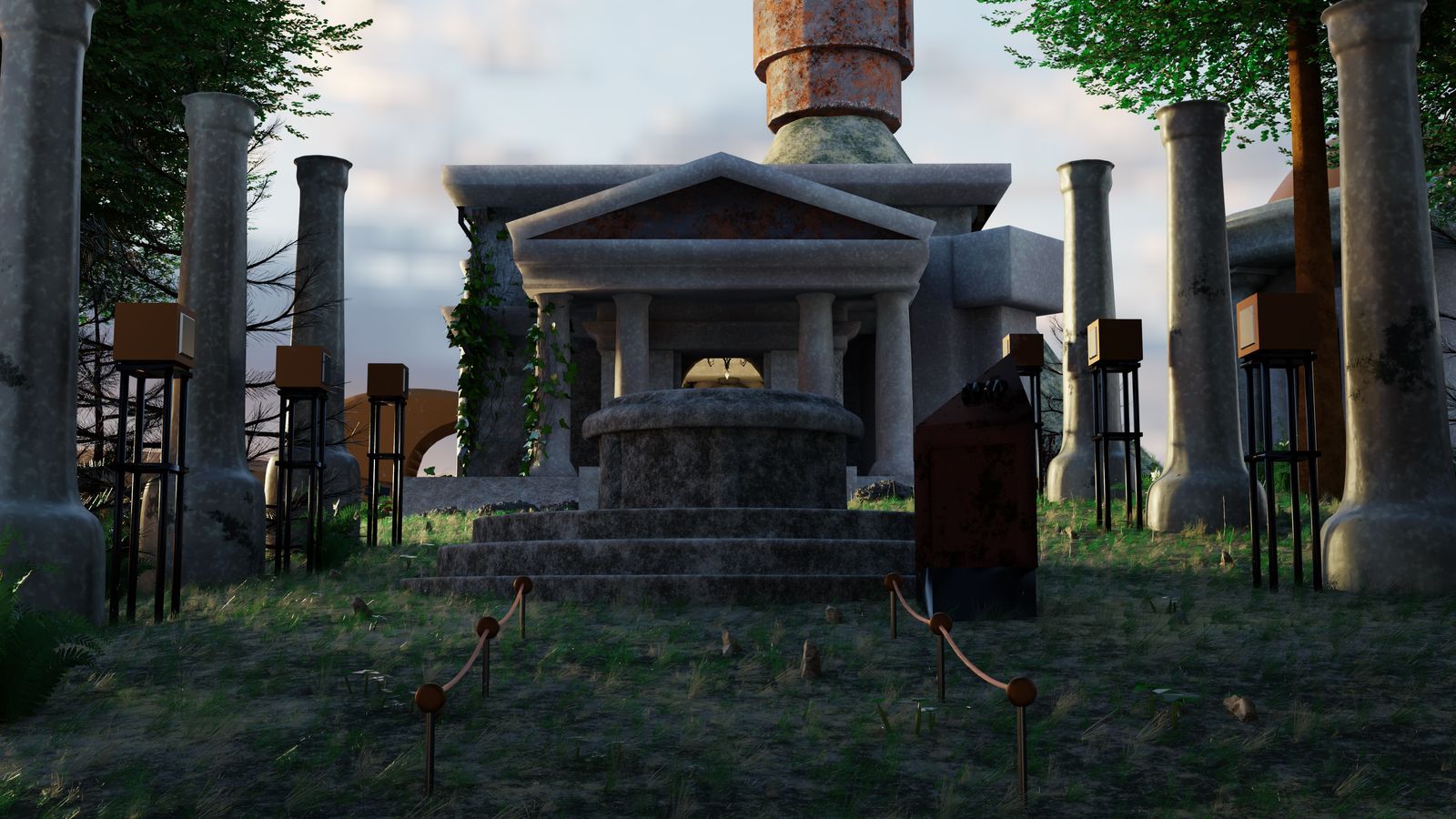 I could do better on the render side, the complexity of the lighting means a lot of artifacts, and, of course, as I said before, I'm no artist, so some of the geometry is a bit iffy. Plus it's only 1024 samples, because I wanted to be fast-ish.

But Blender continues to impress, and who knows? Maybe they'll add a Do-What-I-Want-No-What-I-Type button in a future release that will magically enhance my skills.